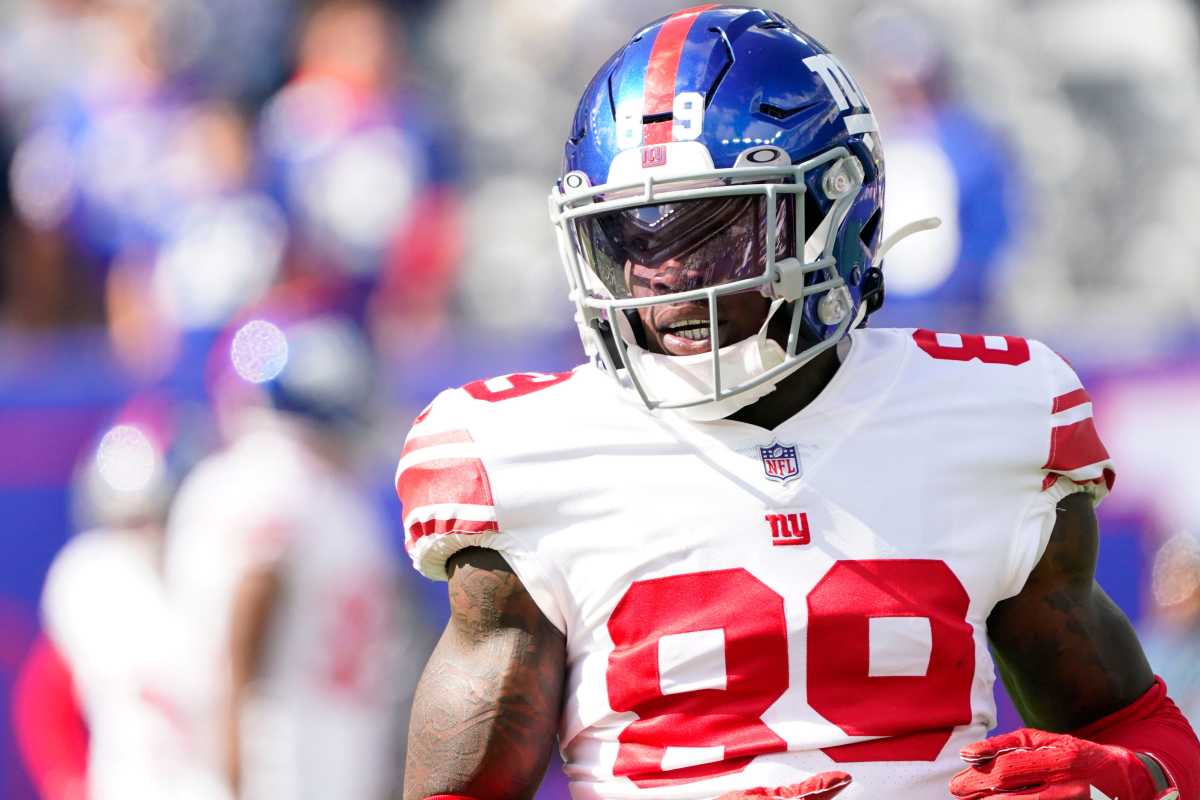 It’s no secret that the Atlanta Falcons need some help at wide receiver. And yesterday, the secret came out that the New York Giants are looking to trade wide receiver Kadarius Toney, who the team drafted in the first round of last year’s draft.

Toney had an underwhelming rookie campaign, playing in just 10 games and catching 39 passes for 420 yards and no touchdowns. However, he did shine in a Week 5 contest against the Dallas Cowboys, logging 10 receptions for 189 yards.

That game against the Cowboys proved that the talent is there, but the right system might not be there in New York.

For the Falcons to trade for Toney, it might cost them one of their Day 2 picks, likely a third round pick.

Trading for Toney instead of drafting a receiver harbors a lot of similarities, but the biggest difference is that Toney has proven in an NFL game that he can shine. The rookies in this year’s draft class can’t say the same.

The big concern with a trade for Toney would circle around whether or not his lack of commitment to the Giants was a singular issue or part of a bigger character flaw with the player.

It’s no secret the Giants weren’t exactly a machine running at full capacity, and perhaps the rookie felt the strain of that fact early on, leading to some of what has led to this surprisingly quick falling out with the franchise.

However, a new start in a new city closer to his Mobile, Ala. home and a reunion with his college teammate Kyle Pitts could be the best fit for Toney and the Falcons.