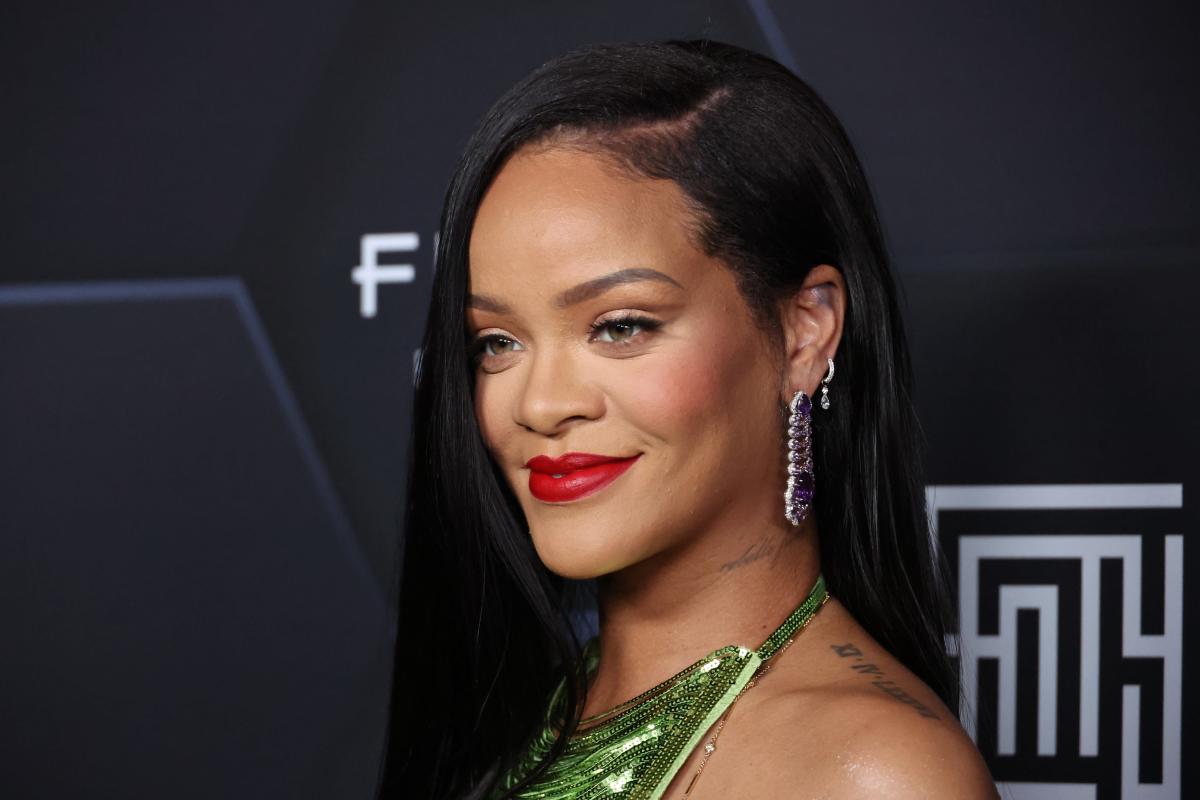 Rihanna is taking maternity style further than it has ever gone before. From body jewelry and ripped jeans to bodysuits with cutouts, the recording artist, billionaire, and expecting mom has been amping up her personal style ever since announcing her pregnancy in early 2022.

“I’m enjoying not having to worry about covering up my tummy. If I feel a little chubby, it’s like, whatever! It’s a baby,” Rihanna told People about her approach to maternity style in February. “Right now, being pregnant, some days you just feel like, ‘Ugh, I just want to lay here on this couch all day.’ But when you put on a little face and a little lipstick, you transform. You put some clothes on, and it’s like, when you look good, you feel good. I’ve heard that for a very long time, but it’s true. It really can get you up off that couch and make you feel like a bad bitch.”

And no one’s a badder bitch than Rihanna. Ever since the “Diamonds” singer revealed that she and boyfriend ASAP Rocky are expecting their first child together, she has been turning heads with looks that are covetable whether you’re pregnant or not. Here are our favorite Rihanna maternity-style moments—including some preannouncement looks:

Before Rihanna announced that she was expecting a mini Fenty-Mayers, she did what many Hollywood women do when hiding their baby bumps: wore several large coats. Even after the announcement, the Fenty Beauty founder stayed in layers with long coats and oversized styles.

Rihanna indicated that her maternity style would be like no other in the look she wore to break the news. She wore baggy, distressed jeans with exaggerated hems and a bright pink puffy winter coat worn as a top. She buttoned the coat on top, which revealed her pregnant belly draped in large jewelry. See the pic here.

Following the announcement, all bets were off. For the most part, Rihanna has been uninterested in covering up her bump, instead opting to draw focus with strappy, lace-up tops, shredded fits, and alllllll the cutouts. Here’s one look Rihanna wore to the Fenty Beauty Universe Event in February.

The glittery ensemble by The Attico is even more dramatic from the side. She paired the backless, shredded green halter top with pink shredded pants that had an ombré effect.

Even Shay Mitchell began taking a page out of Rihanna’s pregnancy style book, wearing low-rise denim jeans and an open denim coat that felt like an homage to Rihanna’s own denim-on-denim look. Though Rihanna added a trucker hat and some animal print.

Rihanna sported this red-hot look just in time for Valentine’s Day. Matching her eyeliner to her outfit is becoming her signature.

If you’re going to do Milan Fashion Week, you need to Do Milan Fashion Week. By February 25, Queen Rih had already established herself for belly-baring and daring ensembles, but she gave herself the crown she deserves at the Gucci fashion show, adding a mirrorball headdress to this dramatic look.

Just like crop tops, minidresses have become a staple of Rihanna’s style. She changed into a sheer black Gucci dress with a keyhole cutout immediately after the Milan fashion show.

There have been multiple minidresses since that one, but our favorite might be this peach number she wore to Paris Fashion Week.

Monochromatic peach never looked so good, but we expected extravagance from maternity-style queen Rihanna. During Paris Fashion Week she consistently showed up and off, this time in an all-peach style at the Off-White show that celebrated the late Virgil Abloh. From the mini bag to the skintight minidress, the blush shade stands out among the crowd thanks to the long shearling coat, which is a statement on its own.

Rihanna continued slaying at Paris Fashion Week. For the Dior show in early March, she paired a black fishnet teddy with a lace balconette bra and an equally lacy thong. She practically kicked off the sheer gown and formal lingerie trends that have been sweeping this awards season.

When she’s not convincing her Hollywood cohorts to sport see-through gowns and bras as tops, Rihanna is also killing the dramatic-cutout trend. In early March the singer shared a pic in a skintight cobalt blue bodysuit that featured a large cutout directly over her baby bump. She paired the look with matching shades, pumps, silver necklaces, and a green coat. She captioned the Instagram picture simply, “Thicc.”

She directly followed up this look with another cutout ensemble at the Fenty + Ulta launch in Los Angeles on March 12. Rihanna stunned in a custom silver Coperni crop top with cutouts above her chest and a low-rise glittery maxiskirt, leaving her stomach exposed and adorned with a diamond piece by Messika Paris.

Just because Rihanna knows how to make a statement at an event doesn’t mean she never chills out. On March 21, the Savage x Fenty founder posted a video to her Instagram captioned, “Taking ‘booty do’ to new levels #preggoAF.” In the post she wore a cool, graphic tee and embraced the second-coming of low-rise jeans.

On April 1, the trucker hat made another appearance, when she was photographed in Los Angeles wearing a T-shirt, jeans, sneakers, and a cool windbreaker.

We can’t wait to see what she wears next. This post may be updated.